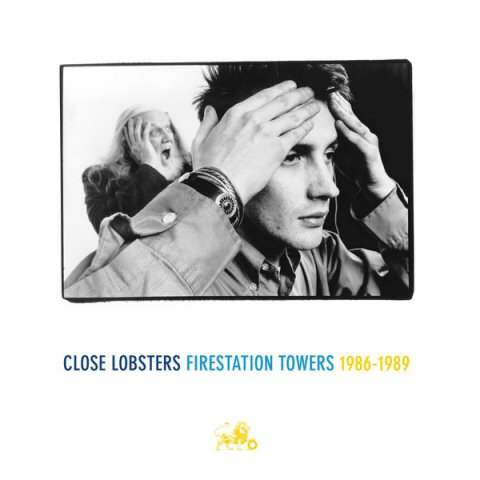 A triple cd set featuring both studio albums, as well as “Forever, Until Victory! The Singles Collection”. The singles album gathers all of the band’s singles, as well as their b-sides and bonus tracks.

As one of the groups featured on the legendary C86 cassette release by the NME, Scotland’s Close Lobsters’ place in the history of indie pop was already cemented. Their contribution, “Firestation Towers,” was one of the set’s highlights and featured all the things that made them special. The skittering and breezily melodic guitars, the up-tempo pulse of the rhythm section, Andrew Burnett’s inscrutable lyrics, and the solid craft of their songwriting are all present. Over the course of several singles and two really solid album, Close Lobsters operated outside the realm of mass popularity, but listening to Firestation Towers: 1986-1989, Fire’s 2015 collection of their complete recorded works, it’s clear that the lack of heaping amounts of popularity wasn’t their fault at all. The disc of singles (which was previously released as Forever Until Victory! The Singles Collection in 2009) has a bunch of songs that sound like hits, especially “Let’s Make Some Plans” and the sprightly “In Spite of These Times.” Maybe their songs are less immediate than, say, the Smiths, but the hooks are skyscraper tall and the energy is always infectious. The two albums included here, 1987’s Foxheads Stalk This Land and 1988’s Headache Rhetoric, are both solid to excellent indie pop collections with plenty of jangle, plenty of mild angst, and a brilliantly shiny sound. Foxheads comes out ahead by just a touch thanks to slightly stronger songs and a looser production style, but really it’s a toss-up. The three discs together tell the story of a band that may not have received the same accolades over the years as some of its contemporaries, but which deserves them all the same. Mid- to late-’80s guitar pop doesn’t get much better than this, and Fire has done a great favour to both original fans of Close Lobsters and those who might discover the band’s charms here for the first time.