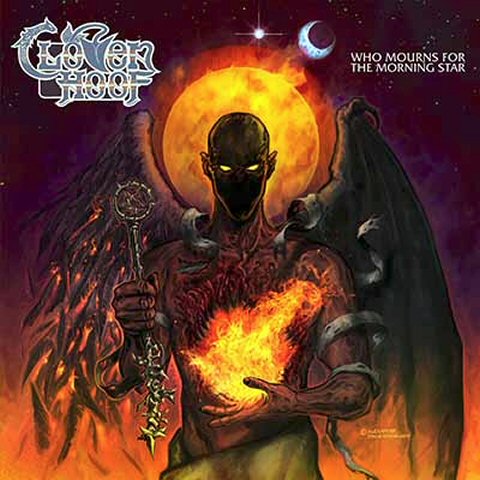 Cloven Hoof -Who Mourns For The Morning Star cd

Midlands outfit Cloven Hoof must rate as one of the most legendary bands of the entire New Wave Of British Heavy Metal movement. Their album “Who Mourns For The Morning Star” was released in 2017 and on this album we have some new blood Lee Payne have now added some American citizens George Call (on lead vocals) and Danny White (on drums), both formerly playing with Aska. ”I think the addition of George and Danny has refined our sound and made it more polished and hard hitting,” remarks Lee Payne asked for the main differences between “Resist Or Serve” and “Who Mourns For The Morning Star”. ”American bands do seem to be tighter and more professional than anywhere else in the world. European bands tend to be raw and more aggressive, so we have combined those elements with our Anglo-American unit. We have synthesised the best of both worlds and can now offer a product of truly world class status. “Who Mourns For The Morning Star?” combines all the best qualities of the trademark Cloven Hoof sound but it is played better and the vocal delivery is off the scale. The full band width of the band is explored and there are epic tracks next to more hard hitting numbers that build and cover a whole spectrum of moods and atmospheres. There is no pro tools cheating involved either so it is a real band playing tight but loose. We are back to basics playing from the heart and it shows. Every song is different and yet somehow fits together. It is a very exciting release and I’m positive the fans will agree it is our best ever album.