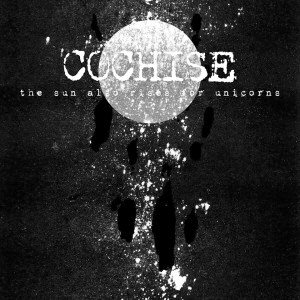 What is the so called musical style called Grunge? To be honest, it’s not simply the sound from that wave of bands from Seattle from the beginning of the 90s, nor the trend that invaded USA and banned Metal to underground. No, it’s not so easy. And of course to label bands as Soundgarden, Alice In Chains or Monster Magnet as Grunge is a great mistake. In terms of musical features, Grunge Rock can be described as the fusion from elements from the 60s and 70s, and something from North American Southern Rock with the nasty sound from earlier Punk Rock. This conception is more precise to describe the music, the rest is up to you (my balls can’t stand endless discussions about clothes or attitudes). And we could say that the Polish quartet Cochise is a metal/grunge band, indeed, because the musical elements from these styles are gathered together on their album The Sun Also Rises For Unicorns. Yes, we could say that they are a band with a Grunge Rock insight on their musical work, with tender and introspective melodies, but having some aggressive moments, giving a fine and balanced contrast on their songs. And let’s speak the truth: a whole album with only introspective moments can something really boring. With some good riffs, fine vocals and solid work done on bass guitar and drums, and their efforts turns into a form of music extremely tender and accessible for a broader public. The hooking The Boy Who Lived Before (a bit and nasty Rock n Roll song full of good riffs, being fast and full of energy), the heavy weight from I Don’t Care (full of introspective moments, but along, there are heavy and abrasive moments, with a more technical insight on the rhythmic session), the beautiful Homeland (a heavy and accessible song, filled with fine and tender vocals), the savage and melodic Perfect Place To Die, the accessible and strong Monster, and the charming Karma (tender, melodic, but still with a strong dose of commercial Rock n Roll) can be named as their best moments.