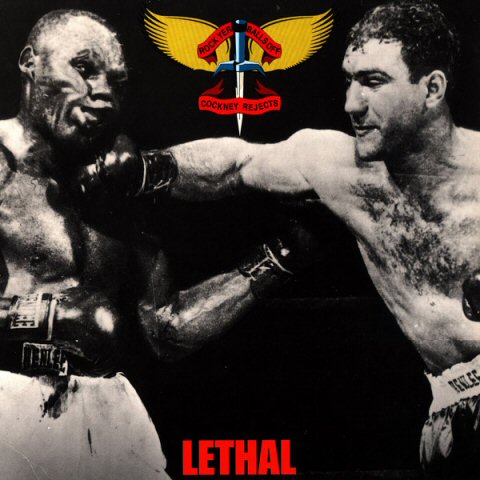 An almost legendary Punk band dating from 1978, the Cockney Rejects, generally acknowledged to have generated the ‘Oi’ genre by way of their song ‘Oi, Oi, Oi’, surprisingly developed Heavy Metal leanings around 1982. The quartet had shown previous Metal tendencies with their version of Motorheads ‘Motorhead’ in 1981, but had been content to lead the Punk / Oi genre with albums such as ‘Greatest Hits Volume One’, ‘Greatest Hits Volume Two’, ‘Greatest Hits Volume Three – Live And Loud’ and ‘Power And The Glory’. The band called it aday in 1985 but reformed in 1990 to record their most metal influenced album ‘Lethal’ for Neat Records before once again retiring.