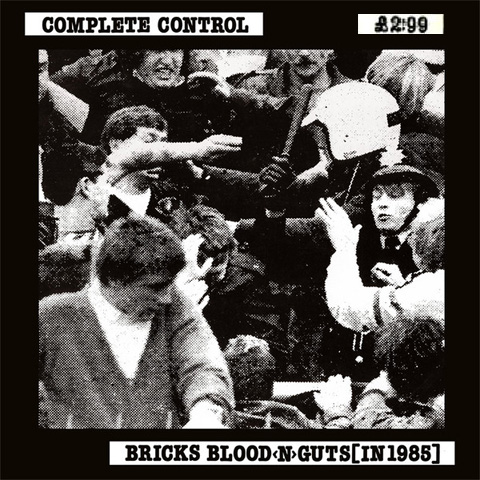 Vinyl is ex and cover is vg+

Bricks Blbood N Guts was the only release by this interesting and vigorous four piece from Oswestry/Wales, released on Oi! Records in 1985. Complete Control were Lacoste (vocals), Brian (guitars), Roger (bass) and Ralph (drums) and the guys managed to be noted on the compilation This Is Oi! (A Streetpunk Compilation) from 1986 which included two live tracks. This is rough OI / Punk in a rudimentary musical style. Nevertheless, these historical recordings have their charm and testify to the anarcho-punk style like The Blaggers or Oi Polloi. The songs are not so simple and they have some embellished melodic parts, but like many punk albums it lacks in the recording production. Overall though an album worth investing in