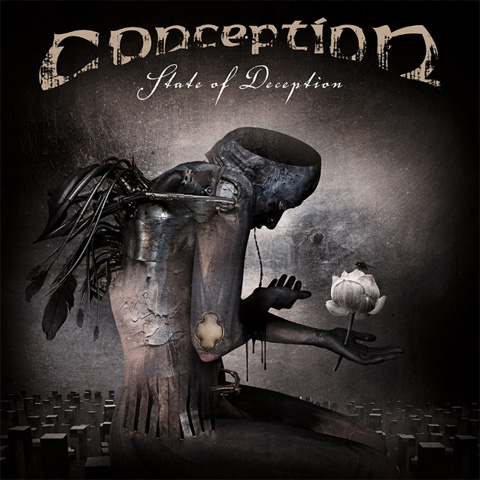 2020 release, the fifth studio album from the technical metal band Conception, State Of Deception follows a 20-year interval during which bandmembers, former Kamelot singer Roy Khan, Tore Østby, Ingar Amlien and Arve Heimdal remained friends throughout, and the album release marks a full-circle evolution of the band. Guitarist Tore Østby explains: Producing this album has been an emotional and exciting process, digging deeper into the heart and soul of the band than ever before. The result is dynamic and intense, it really feels like we managed to capture the state of the band. We’ve always said that we have a need to do what we feel is right for our music. We couldn’t limit the musical scope of Conception even if we wanted to. If we didn’t think we were capable of surpassing our previous work, we wouldn’t be here. We’re super proud of every single track on this album.

Track list:
1. In Deception
2. Of Raven And Pigs
3. Waywardly Broken
4. No Rewind
5. The Mansion-featuring Elize Ryd
6. By The Blues
7. Anybody Out There
8. She Dragoon
9. Feather Moves-remastered version