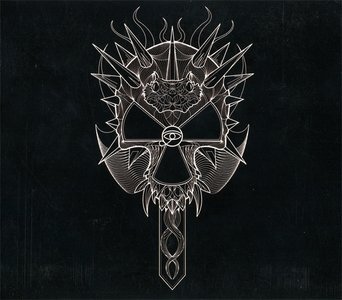 In the summer of 2010, the founding members of the pioneering underground metal band Corrosion of Conformity bassist/vocalist Mike Dean, drummer/vocalist Reed Mullin and guitarist Woody Weatherman gathered at Weathermans farm in the Virginia hill and began jamming together as a three piece for the first time since the mid-1980s. This was the classic COC line-up behind 1985s Animosity, the album that Decibel magazine recently called a crucial stylistic lynchpin in the bridge between metal and punk that irrevocably reshaped crossovers sonic possibilities. Its been six years since the release of COCs last album, In The Arms Of God, with the line-up of Dean, Weatherman, longtime COC vocalist/guitarist Pepper Keenan, and guest drummer Stanton Moore of the jazz-funk band Galactic, one of the several drummers who filled in while Mullin recuperated from a drumming related injury. Representing the more straightforward metal sound that characterized COCs work with Keenan beginning with 1991s Blind, In The Arms Of God earned critical praise, with Billboard calling it a riff-fueled set that ranks with [the bands] best work. Reflecting on the past year and the album’s recording process, Dean notes, “We tracked the songs at Studio 606, then headed for Europe, toured the U.S., and returned to Europe. We then did some vocals at home in North Carolina. but not where we originally planned; the studio was flattened by a system of spring tornadoes. We made our way back to 606 about seven months later and mixed twelve songs in ten days. The whole time we were out there, we were living in the onion fields of Ventura County and had to drive over the Santa Susana Pass to the San Fernando Valley every day. That was some fuel intensive time to reflect”. He added, “As a whole, the album was an inspired and efficient collaboration. “John Custer told me he thought we were all working together as one organism; which is an apt description.” “Corrosion Of Conformity” features eleven new songs, with the deluxe digipak and vinyl formats set to include two additional tracks.