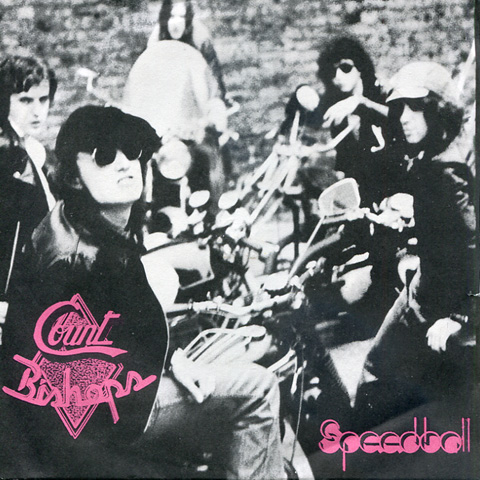 Although amounting to little more than a footnote in the early days of English punk rock, the Count Bishops were a fine, energetic, R&B-based band capable of kicking out a fierce racket of noise that sounded like a grimier version of seminal British R&B revivalists Dr. Feelgood. Originally fronted by journeyman American singer Mike Spencer, the Count Bishops 1975 debut EP, Speedball, released on Ted Carroll’s wonderful Chiswick Records, was a straight-ahead slice of R&B that featured the spooky, exhilarating “Train, Train.” Surprisingly, the band unceremoniously dumped Spencer and recorded their self-titled debut with fellow Englishman Dave Tice, who had a voice so gruff it sounded as though he gargled with ground glass. Mike Spencer went on to The flying tigers and The Cannibals.