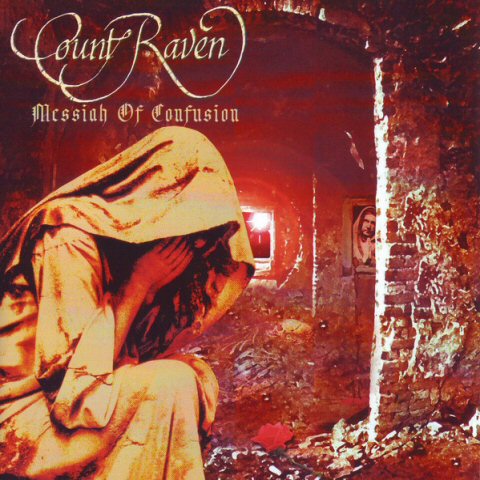 Count Raven are essentially the shadow of the 90s doom metal scene, always measuring up to the same level as the best in the business, but being taken for granted and often passed up for others with more notoriety. This can be observed simply by noticing the lack of live albums, compilations, and dvds dedicated to their discography. Nonetheless, as a creative force in the studio, this three piece (since their second album) matches wits with the best of them and puts forth a quality set of traditionally oriented, slow and dark chunks of psychedelic rock infused heavy metal that is able to take multiple forms, depending on what is being depicted within the words being sung. Messiah Of Confusion is the last of 4 successive albums, all of them containing highly original songs, yet all following a very strict formula meant to invoke a certain feeling. Of the four it is probably the most ambiguous in which aspect of the greater genre it falls into it favours, and becomes the most Sabbath-like of them all. Guitarist and vocalist Dan Fondelius gets all the closer to morphing into a hybrid of Ozzy Osbourne and Tony Iommi on here, particularly on the more rocking and mid-tempo song “Shadow Box” and the slower and freely flowing “Shine”. The riffs take on that distinctive “Master Of Reality” meets “Vol. 4” sound that many American doom acts took on, while his guitar solos have become a bit less epic and a little bit more trill happy and octave based. The lead break on “Shine” in particular sounds extremely Iommi inspired, particularly the slightly longer and drawn out era of his playing heard on “Sabotage”. When all is said and done, this is actually the weakest of Count Raven’s 4 releases, if only because it has the least consistent sense of unity among the songs all found on it. There’s nothing on here song wise that necessarily comes up lacking, but other than the incredibly long winded and loaded with intricate interludes closer “The Viking Sea“, most of what is one here is pretty standard compared to what was done on past albums. It still technically falls into the category of essential if you are looking to proliferate a respectable collection of older guard doom bands, but “High On Infinity” and “Storm Warning” would definitely be the first ones to check out.