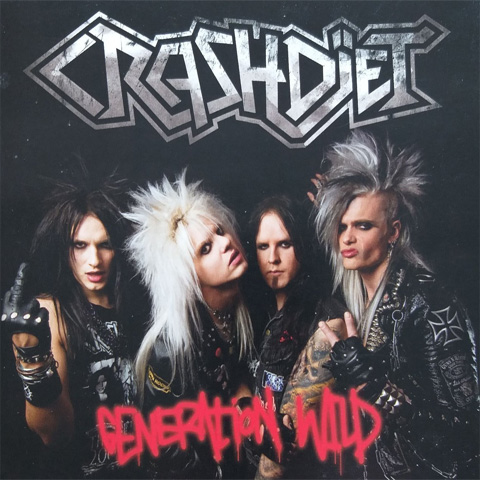 Undoubtedly Crashdiet is one of the most authentic Sleaze metal bands of their generation. Hailing from Sweden the group has achieved a lot and been through a lot since their debut in 2005; Despite the fact that Crashdiet has been around for merely five years (as a recording band) the have enjoyed the booming appeal of their music and style throughout northern Europe, the pleasure of topping the charts within their home country while they have also endured a death in the family (Original singer Dave Leppard ended his life after the launch and success of their debut album). With their third album, Generation Wild, the band effectively takes steps backward but in a good way and recapturing the sound and attitude of their debut album.