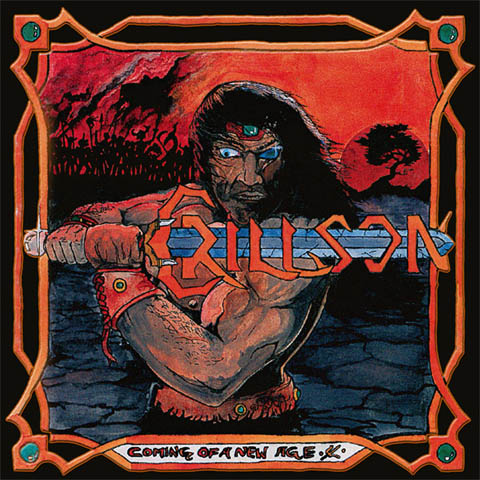 This album with the Alaska, Glennallen’s epic power metal act Crillson features the bands first album recorded back in 1993 as well as the unreleased second album from 2000. Alaska, a place not famous for its metal history, but Crillson has actually existed as a group since 1984, they released a full-length album in 1993 entitled Coming Of A New Age and had their second work, Mellow To Metal, was ready for release in 2000, but this never happened. The Crillson became very well known in their particular homeland but also to those who break everything that accompanies the CV with the words Usa Power Metal, and not unjustly. The whole first album is a little diamond of this style of music. For those who have not heard them, imagine that they did not have the dynamic sound of bands such as Helstar, Liege Lord or Omen but brought more to the sound of bands such as Vicious Rumors, Cities, Armored Saint, Manowar, Crimson Glory etc. Like any of his bands back then, guitar parts and loud vocals starred in every song so Crillson could not help but be excited about how metal sounded at the time. The compositions are meant to have a dynamic but not that something that will make them sound over and over again like those of the aforementioned groups. Nevertheless, they are a good example of the sound they deal with, since the melody flows too much and you will definitely have many sound moments left.