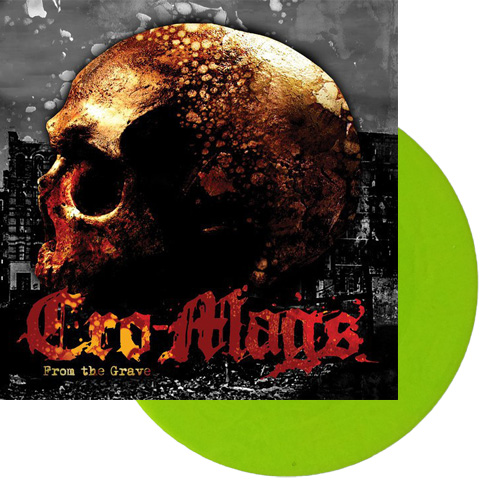 Had the Cro-Mags only released their debut album The Age Quarrel in 1986, they would still go down as one of the most important bands in the history of New York hardcore—maybe the most important. The release of that seminal recording began a sprawling, brawling history (which includes every member who recorded on it at one time or another) that has sometimes reached soap opera levels that make it easy to overshadow just how important Quarrel is. To take a side would be like sticking your nose into an internecine brawl of a family other than your own. In other words, it’s not our business. If you feel it is your biz, still advisable to stay clear. Currently, here’s where it stands: bassist/singer Harley Flanagan legally has the rights to the Cro-Mags name. Singer John “Bloodclot” Joseph and drummer Mackie Jayson must call their project Cro-Mags JM. If you liked the second Cro-Mags record, the more metallic-sounding Best Wishes (the first with Harley on vocals) then you will love this single too because thats the sound you get on From The Grave, possibly more metal than hardcore, but the musical difference was never that great anyway. Flanagan’s bass is way up-front as it should be. The title track features Motorhead’s Phil Campbell, a collaboration that came together after Flanagan had a dream in which the iconic Lemmy Kilmister encouraged him to keep the band rolling. It’s a metal sound for sure, and Flanagan’s vocals skew slightly in that direction. It’s also an invigorating two-and-a-half minutes of musical aggression. PTSD ups the the musical hostility, impossible as it sounds. After repeated listens, this is the one lodged in my cranium. The EP ends with an instrumental, Between Wars, which noticeably slows things down but showcases the quality of musicianship that has been slightly overlooked in discussions of these NYHC originators. Harley Flanagan’s Cro-Mags? John Joseph and Mackey Jayson’s Cro-Mags JM? Who cares, they are both pretty close to the top of their respectives games. Who would have thought this in the mid-1980s? None of us, if we are being truthful.