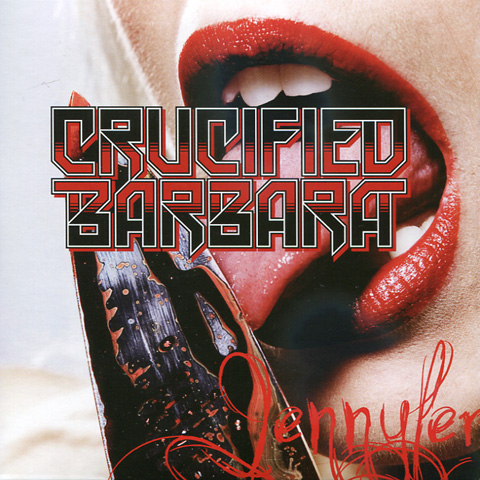 When Crucified Barbara’s second album, Til Death Do Us Party, was released in February of 2009 it showed a much improved band. The years that had passed between the albums had been an amazing ride for the band and it also had given the band time to grow. Musically, instrumentally, lyrically you name it these Swedish metal hotties were now on top of their game. In 2009 there were not a hotter or harder female band than the Barbs. The album was produced by Mats Levén and Levén also shares vocal duties with Mia Coldheart on the beautiful ballad Jennyfer that were released as a single from this album. On the B-side we found an exclusive unreleased track called Fire.