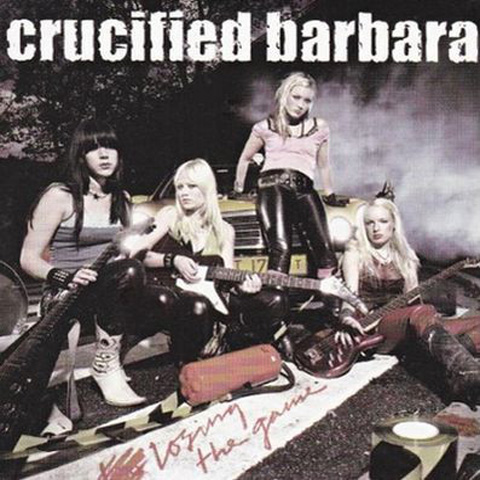 Crucified Barbara’s debut single Losing The Game delivers a large dose of hard rock. It was released as a cd single prior to the bands debut album, In Distortion We Trust, and then re-released as a limited vinyl single in 2017. The track has fat riffs and catchy choruses but still very heavy. Crucified Barbara didnt set out to be the most original band on the planet but to play the music they love and have fun. The B-side features a cover version of Motorhead’s immortal Killed By Death and its a great version where Mia Coldheart sounds raspy in her voice. I love the way she sounds at the beginning of the track, If you squeeze my lizard / I’ll put my snake on you. Definitely a band worth your time and money