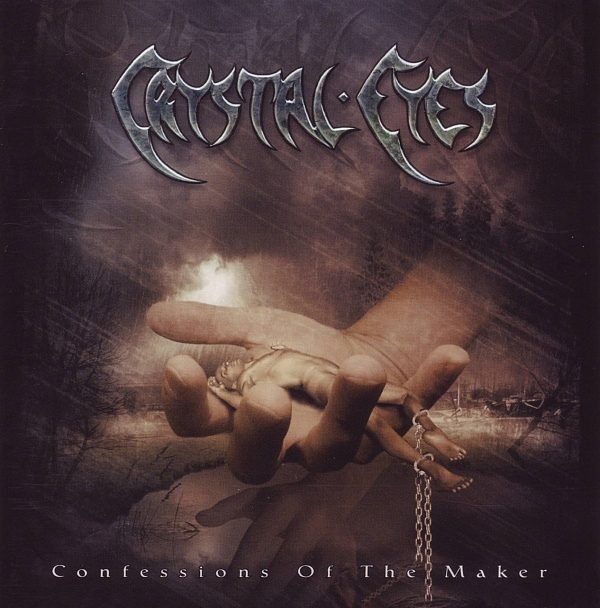 Crystal Eyes fourth full-length album, Confessions Of The Maker, produced by Andy LaRoque was released in 2005. For this release they recruited Daniel Heiman (ex-Lost Horizon) to do the lead vocals because Mikael decided that it was time for a change rather than him doing all the lead vocals. This was one of the biggest selling points for this album as Daniel Heiman had done some stellar performance with Lost Horizon. The vocal lines here are quite different from the kind of stuff he sang with Lost Horizon, but there are some great melodies here, and he powers out the lines of opening stomper “The Charioteer”, the power-ballad title cut, and the speedy killer “Northern Rage” with the swagger and balls we expect from him. His vocal work here is far less showy than on either of Lost Horizon’s albums, but no less well-done for all that. The rest of the band is good as usual especially the inventive and tasty riffing Mikael Dahl and Jonathan Nyberg. This is all very much in the Swedish Power Metal school, with that sharp, bright guitar tone and the highly melodic riffs, but it is very well written and played. Old singer Dahl even provides the vocals on the album closer, the ballad “Silent Angel”. The album overall has been very well produced, and sounds fantastic. If you are expecting some kind of continuation of Lost Horizon here, you are going to be disappointed. But if you want some catchy, hooky Swedish Power Metal in the vein of Cryonic Temple or Hammerfall, then this is an album not to miss.