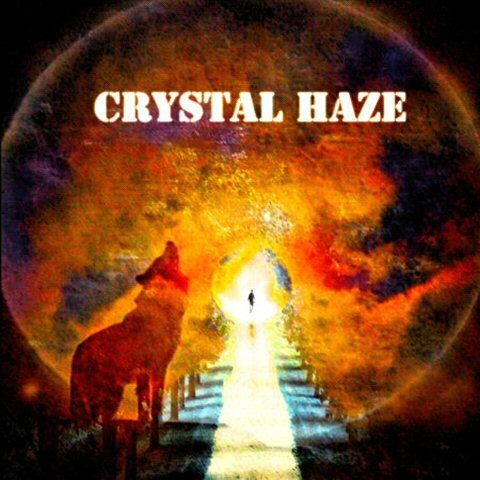 Crystal Haze are a band mostly shrouded in mystery, they formed in the Decatur, Illinois area in 1975. Basically comprised of high school friends, Crystal Haze tracked their sole album mostly live in the studio. After a rather slipshod attempt at mixing, the album was pressed as is, limited to a mere 100 copies. The album featured a blank white sleeve with a piece of paper glued with the basic info type write on the sheet. Since the rather low-key release of their album, very little has ever been heard of Crystal Haze though the band continued to gig around the area for another year before dissolving. Crystal Haze is certainly one of the most elusive mid-70’s recordings in existence, fetching insane prices ( $500) in collector’s circles. What about the music though? Well, let me just say that the fretwork is fantastic. Excellent guitar tones and fiery performances abound here. Overall, the musicianship is pretty solid considering how young the players were at the time. There’s some cool dual guitar work here and there as well, which elevates the intensity another notch. This Acid Nightmare vinyl reissue is limited to 400 copies and it includes new exclusive artwork to replace the original edition sleeve that came out with no artwork in a plain white sleeve with a small paper glued with credits and track list. This is one of the most hard to find records of the U.S. Psychedelic Hard Rock scene of the 70’s and its a must for anyone into bands like Truth and Janey, Alkana, Oda, Totty and other U.S. underground Hard Rock. The recording of this album was a live in the studio experience, not perfect at times: in a few moments there’s some bottom tape hiss that appears in 3 tracks caused by the poor quality of the master tapes where it was recorded. Its a master tape problem and it would corrupt the original sound if restored. So you get the recording as it was released back in 1977 but you don’t have to pay more than $500 to get it as you would to gain an original copy