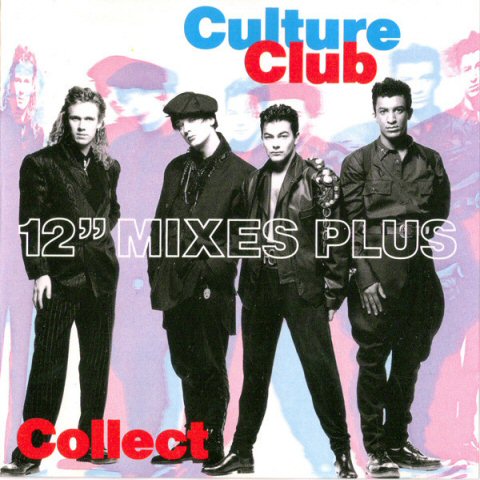 While Culture Club’s 12-inch output was never of the same quality of other bands of their day (Soft Cell, early Spandau Ballet and, later in life, Frankie Goes To Hollywood spring to mind), still there is a dramatic fission to the best of them that reminds us, at the end of the day, just what a great dance act Culture Club could be. The best remixes tend to apply to the best songs – “War Song” is ghastly no matter how “ultimate” the six minute “disco mix” might be, while “Karma Chameleon” was so cloying that even the band couldn’t bear to extend it beyond its familiar 45rpm lifespan. That said, it is not the only major Culture Club hit omitted from the collection – neither “Time” nor “Church Of The Poisoned Mind” were granted extensions, while “Do You Really Want To Hurt Me” is present only as a dub version, no longer than the familiar a-side. Indeed, The 12″ Collection Plus is more notable for rounding up the various non-album b-sides that graced the band’s releases, than for any dramatic revelations in the extended mix department. But the US-only medley of “It’s A Miracle”/”Miss You Blind” is a joy, while the late-in-the-day “God Thank You Woman” has a charm that belies its lowly chart placing. There’s also a welcome appearance for a seven minute semi-dub mix of Boy George’s solo “Everything I Own”, while minimal duplication with the 2002 Culture Club box set ensures that The 12″ Collection Plus will always find a place in the collectors’ heart.