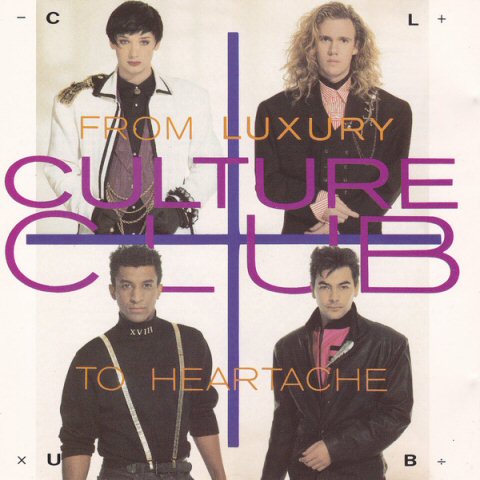 For their fourth album, From Luxury To Heartache, Culture Club jettisoned producer Steve Levine in favor of pop/R&B veteran Arif Mardin, seeking to reverse the commercial decline they had suffered with their third album. When the danceable lead-off track, “Move Away,” rose into the singles chart, that seemed like a good decision, and the rest of the album followed through with a pronounced drum sound and a relentless beat. The group’s flamboyance was played down, from the relatively austere album cover to the music, in an attempt to redefine Culture Club as dance floor favourites. But previously the group had enjoyed a broad-based pop appeal, and by focusing on one part of their constituency, they ultimately sacrificed the rest. What’s more, to make this kind of music, you didn’t need a group; all you needed was a lead singer and some synthesizers. No wonder Boy George went solo before the year was out.