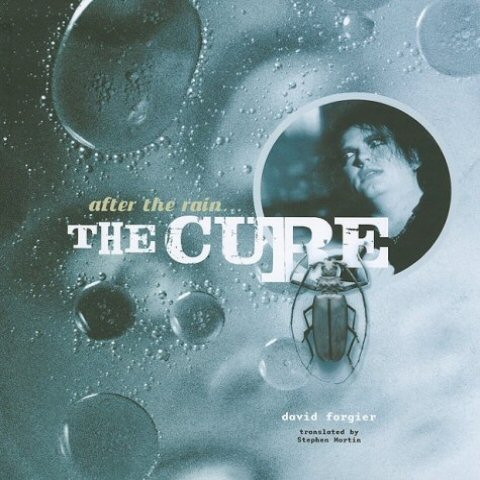 The Cure -After The Rain book

The Cure have been around for over 30 years now, and it is a little disheartening that the only major biography of them, Never Enough by Jeff Apted, is out of print. The books one finds when browsing are usually fan books. I do not think author David Fargier would disagree with me in describing his After The Rain as a fan book, because he himself states as much in the Preface. By the way, there is nothing inherently wrong with a book written from a fan’s perspective at all. It’s just that these types of books generally contain little, if any criticism of the group, which I sometimes miss. Having said that, however, I quite enjoyed After The Rain. The history of this book is unusual. It was first published in Fargier’s native French language as Nach dem Regen in 2006. This 138 page hardback edition has been translated into English by Stephen Martin. As mentioned, Fargier is a long-time Cure fan, and as such has his own opinions about their recordings over the years. Contrary to what I previously mentioned about fan books not questioning any artistic decisions of the group in question, Fargier actually does. In fact he is not a big fan of the band’s first album, Three Imaginary Boys (titled Boys Don’t Cry in the U.S.), at all. A couple of songs, yes, but the album as a whole, no. For Fargier, the story really kicks off with their second album, Seventeen Seconds, and especially their third, Faith. The story of The Cure is the story of Robert Smith. Various musicians have come and gone, but the group is obviously his project. Fargier takes us down the various roads the band has travelled over the decades, including their mid- to late-’80s heyday of The Head On The Door, Kiss Me, Kiss Me, Kiss Me, and Disintegration. The book contains rare and unpublished photos, interviews with Robert Smith that appear here for the first time in English and personal observations from the author who has followed the band for over 20 years. Fans of The Cure should enjoy After The Rain