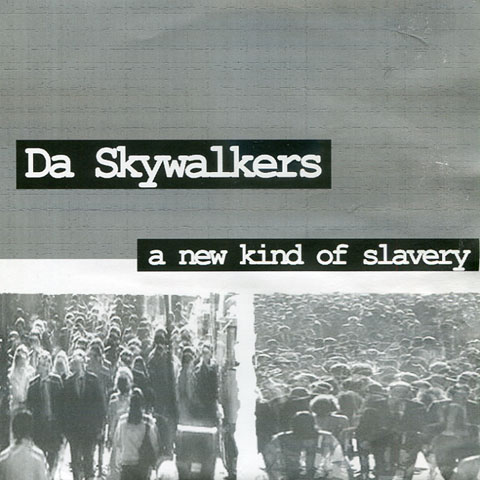 Da Skywalkers is a Swedish punk band from Strängnäs that existed between 1995 and 2005. The bands debut single, A New Kind Of Slavery, was released in the year 2000 on their own private label SHC Records. The band were at the time Linus Gustavsson on vocals, Christoffer “Kryckan” Bergfors on guitar, Tommy Gustavsson on guitar, Robert Råström on bass and Richard Wijkström on drums. The single were mixed by Mieszko Talarczyk of Nasum