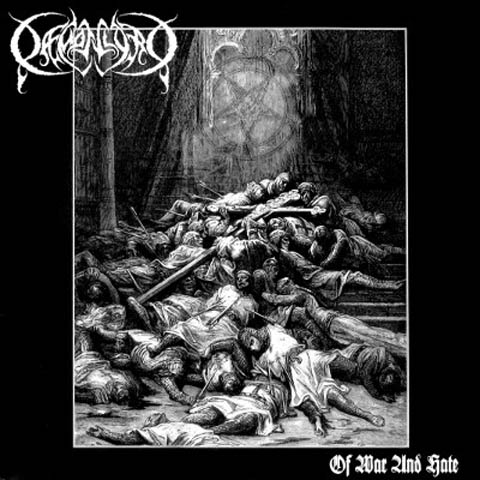 Daemonlord is a Spanish raw black metal act and Of War And Hate are their second album. The music on here is as fast and furious as Hell itself. The music conjures up a pretty sick atmosphere, partly due to the nauseating vocals and most of the lyrics deal with war. The music on here succeeds more often than it flounders. More puritanical listeners may be tempted to sneer at the use of samples from mainstream movies like Robocop, but tracks like Pure Sorrow And Hate and In The Middle Of Infinity are gems cast out of pure, glorious darkness.

Track list:
1. Of War And Hate
2. Demonic Lord Of War
3. The Voice
4. Night’s Backbone
5. Driven By Darkness And Sorrow
6. Where Rottenness Dwells
7. In The Middle Of Infinity
8. Pure Sorrow And Hate
9. The Era Of Satan Rising-Thou Art Lord cover
10. Descending Into The Unknown Abyss