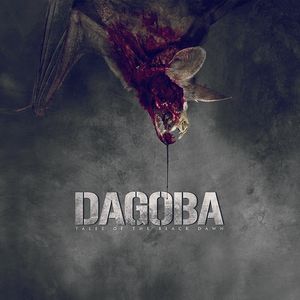 The French act Dagoba and their brand of metal take to our ears in their industrial mix of metal and melodic mayhem, but will it be better than their last effort? Will it supersede the amount of stars they received back in 2013? Dagoba is a very interesting band and their bouncy and catchy brand of metal, takes its place amongst the ranks of excellent European metal and with no need for a sub genre. Ok, they have melody, groove, a little industrial moments, death, and dark, to name but a few but metal is where it’s at and that is it. They haven’t lost their momentum for one second on this fifth album, pounding along the road with their variant degrees of style, maintaining a sound and flair that has carried off through each album. The song quality on Tales Of The Black Dawn is a lot better, in production and in writing; catchier and heavier, with more of a groove to it, like their album Face The Colossus which, in my opinion, is their best album to date. Tales Of The Black Dawn is return to that writing style and definitely hits you where you want it, heavy guitars and epic drums, coupled with heavy bass and balanced vocal range from the clean to the darkened growls that sound like a rage fuelled attack, powered by nuclear reactors. The guitar work is always immense, simple but effective in its sound but gives a good, all round window to the heart of their sound. Couple this with the drums which are present in every way, carrying the metal assault from the sublime to the destructive; they carry everything like a platter of grenades. This is where Dagoba shine best, in their coupling of the instruments, talking to each other through the writing process and allowing the natural metal progression, do its job. This ten track album takes you on a rollercoaster ride from the calm to the chaotic and everywhere in between. It’s a great album and gives you that opportunity to listen to a band that isn’t following the trend just now, but maintaining their identity as a band, going from strength to strength. Each album, heading to the pinnacle of excellence, which isn’t far off, but each album certainly shows they mean business and are only getting better at it.