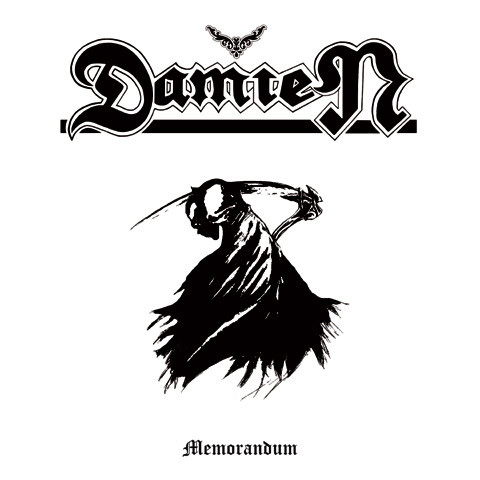 Damien, from the University town of Uppsala, formed in 1982 are among Swedens premiere thrash metal acts. Anyone who heard the band back in the 80s was sure that they would sign a record deal and go on to greater things. 5 demos would be recorded during their existence up to 1988. The band would also release the ‘Requiem For The Dead’ mini album and get a track onto the ‘Is This Heavy Or What’ vinyl single compilation. That was however all, success eluded them and original guitarist Rick Meister (real name Andreas Palm) left to join Maninnya Blade and later appearing in Hexenhaus. He was replaced by Lawrence West who later formed Crawley, while bassist Marre Martini (real name Mats Eriksson) joined Lost Souls and later became a member of Misery Loves Co. Vocalist Tommie Agrippa appeared as a member of Hexenhaus in 1990. The ‘Requiem For The Dead’ are now a highly sought after vinyl and the music of Damien lives in the hearts and minds of many thrash metal lovers. The five demos together with the ‘Requiem For The Dead’ mini album has now been professionally transferred onto two full length vinyls, to a total of 100 minutes of stellar thrash metal.