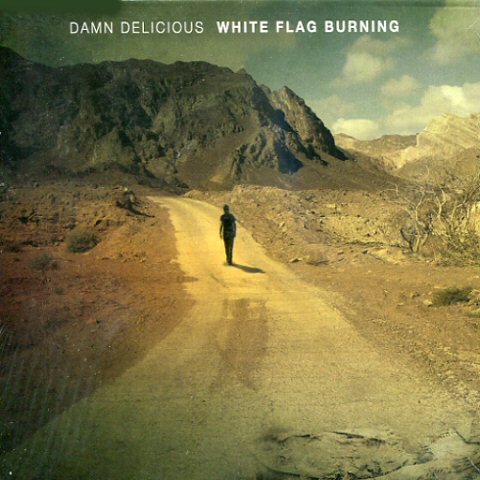 Damn Delicious is a band of five young and hungry rockers from Swedens west coast, Falkenberg. They won Ginza’s Metal Battle in 2009 and at only 17 of age they were on Sweden Rock Festival playing in front of thousands of people. Their debut single, Livin A Lie, climbed on the Swedish single charts all the way to an impressive 16th place. In 2012 they entered the recording studio in Stockholm to record the debut album, White Flag Burning, that was released on the 19th of June 2013. The front cover with the desert motif might mislead you to think this is a stoner act but what we have here is melodic and American sounding hard rock.