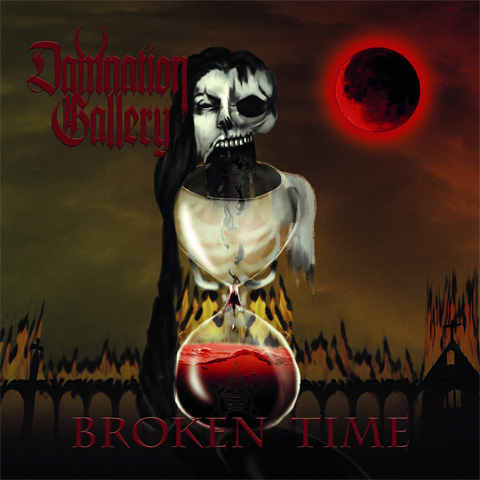 Damnation Gallery is an Italian horror metal act from Genova that was formed back in 2016 from the ashes of Insanity, Hazard and Stag. The band released their second album Broken Time in 2020. This is a band that is influenced by their Italian peers in Necrodeath and Death SS but what differs Damnation Gallery from the others is that Damnation Gallery has a female lead vocalist in Francesca Scarlet Queirolo. Scarlet has a nice, diverse range in her vocals and sometimes its a snarly vocals with an edge other times its guttural before going back to a clean singing. I guess her singing style can divide listeners into two camps here. The music is sometimes lacking the atmosphere that usually goes with the tag Horror metal. Sure there are some frightening sounds at times and some whispered vocals but the overall darker elements only shows up a few times. My guess is that one of the bands dreams came true when they got Steve Sylvester from Death SS to do guest vocals on the track, The Unnamed, a seven minutes opus that changes riffs here and there while still being a rather fast moving track. Fans of Death SS should probably get the album due to Sylvesters appearance and this is the probably the same music lovers that Damnation Gallery are aiming their music at.