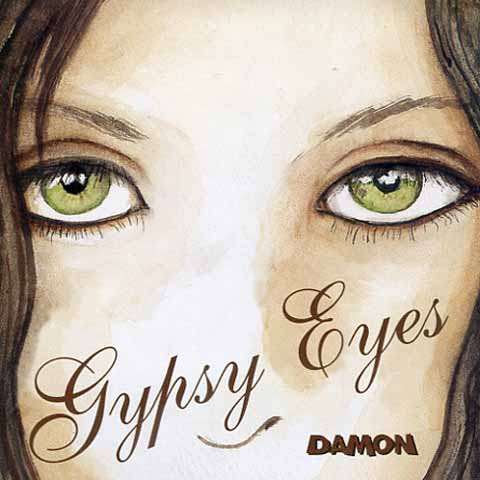 Damon (alias David Del Conte) was born in 1940. When he and his collaborator Charlie Carey teamed up to record the psych-rock classic Song Of A Gypsy in 1969 they were already veterans of the 1960s Los Angeles music scene. For a few years, Damon had pursued a career as a Byrds-y folk-rock singer-songwriter, releasing a few 45s as Damon Lane on his own Del Con imprint. Damon met up with Charlie and a few additional session players in 1969, and together they created one of the most legendary, collectible psych-rock LPs of all time. It was issued in a tiny private press edition of 100 copies, and these days a mint copy goes for the most insane prices on the rare psych market. Damon was travelling around as a gypsy folk singer. 30 years later Damon recorded the follow Gypsy Eyes, once again with Charlie Carey on guitar. As in all gypsy music, love is the central theme with wisdom its best friend. Far from the psych-rock album released in 1969 its still an album worth adding to the Damon collection as it still has that unmistakable Damon signature of haunting, hypnotic melodies along with lyrics that challenge the mind and soul.
Track list:
1. Gypsy Eyes
2. Hold On
3. Youre Mine
4. Livin In Limbo Again
5. Seems Like I Traveled
6. Song Of Love
7. Listen To The Voice
8. Tomorrow, Yesterday, Right Now
9. The Quiet Of The Evening
10. The Gift