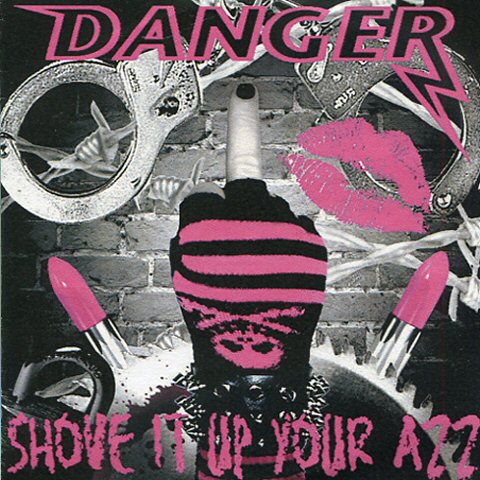 Danger -Shove It Up Your Azz cds

Official 2007 cdR single from the band

Before releasing their self titled album in 2014, the Swedish glam rock act Danger spent their first ten years with releasing cdR singles and albums. One of this singles were Shove It Up Your Azz that sounds like its straight out of the California eighties, sleazy eye-catching image and sharp riffs typical of the genre, in a mix that incorporates elements of Hard Rock bands like Shotgun Messiah, Reckless Love, Crazy Lixx, Motley Crue, Ratt and Black N Blue. None of these tracks was saved for their 2014 debut album so all of them exclusive for this single