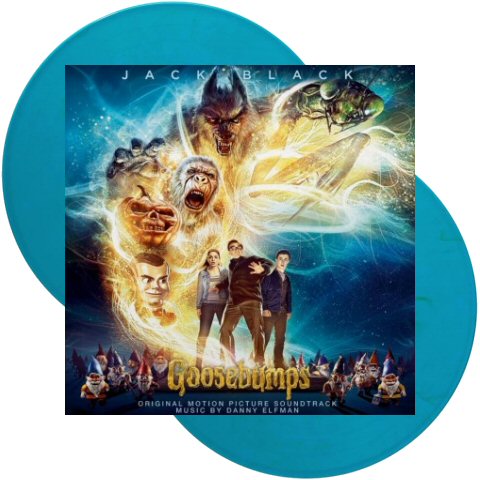 Since its introduction in 1992, over 400 million of R.L. Stine’s Goosebumps books have been printed in 32 languages, earning critical acclaim and dominating global best seller lists. Now, the literary phenomenon gets its big screen debut. The score to Goosebumps is in the hands of industry icon Danny Elfman. Over the last 30 years, Elfman has established himself as one of the most versatile and accomplished film composers in the industry. He is known for creating The Simpsons main title theme, and scoring many movies, including the majority of his long-time friend Tim Burton’s films. He has also collaborated with such directors as Gus Van Sant, Sam Raimi, Ang Lee, Guillermo del Toro, Brian De Palma, and Peter Jackson. His impressive resume mentions film scores for a.o. Milk, Good Will Hunting, Big Fish and Men in Black (all Oscar nominated), Edward Scissorhands, Charlie and the Chocolate Factory, Mission: Impossible, Planet of the Apes, Spider-Man (1 and 2) and many more. Elfman won a Grammy Award for Tim Burton’s Batman, and an Emmy Award for his Desperate Housewives theme.