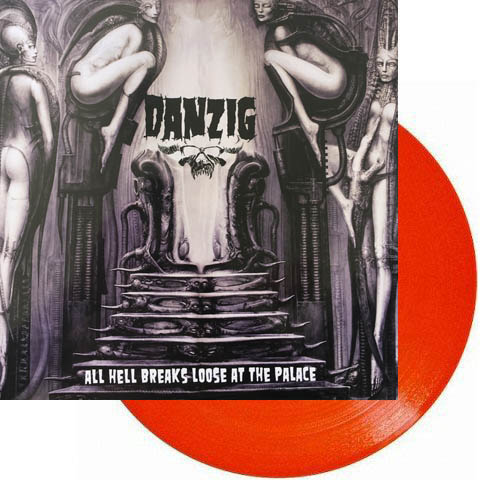 On tour between the release of their first and second long players on Rick Rubin’s Def American, Glenn Danzig and Co. rolled into The Palace in Hollywood on July 7th, 1989 for one of the most legendary live shows of the group’s career. The tour was dubbed “God Dont Like It” and it was focusing heavily on tracks from 1988’s epic self-titled debut but also covering track from the forthcoming second album, as well as Glenn Danzig’s earlier groups Misfits, and Samhain, this live set is pure, raw, hardcore energy. Danzig was never heavier than in the early years and this live set is a perfect distillation of their talents. Material from this night, that was taped by the Long Beach radio station KNAC FM 105.5 can be found on side A while the B-side featuers material from a show at The Stone in San Fancisco on the 5th of January 1989 as well as one cut from The Ritz in Nwe York from August 12th of 1989. So the material here, spanning 8 months of 1989 shows that the ‘God Don’t Like It’ tour was a really good period in Danzigs career