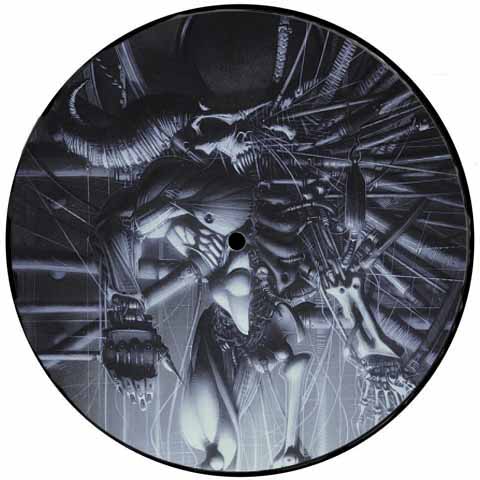 Blackacidevil was essentially a Glenn Danzig solo project done with new collaborators (including Jerry Cantrell) after the original Danzig line-up split. The musical direction here is much more influenced by the Industrial metal of bands like Nine Inch Nails than his prior work. It’s an attempt to imbue this industrial sound with Danzig’s trademark blood and gore creepiness. What he actually achieves is to create a monotonous, over saturated sound mix with buries his vocals in effects. There are few hooks that really sink in, aside from maybe “Hint Of Her Blood”. His reinterpretation of Black Sabbath’s “Hand Of Doom” is a half hearted mudfest that doesn’t even bother to recreate the bridge section. The natural drums are nice to hear, but do seem almost out of place among the repetitive beats that dominate this album. I’ve heard worse, but it is the sort of record you just want to hurry up and end.