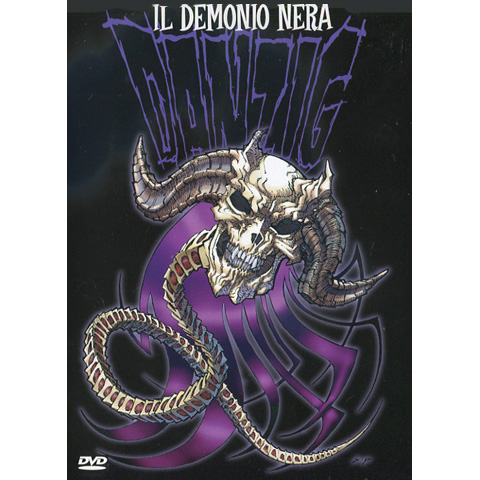 Heavy metals darkest angel Glenn Danzig has remained pointedly honest and not uncontrived by the corporate machine over the years even if it was Misfits, Samhain or his solo material. Still he has sold over 8 million records while traveling on his macabre musical journey. Over the years he has released some vhs and dvds presenting not just the music but also the visual art that is Danzig. First it was the Danzig 1990 video then it was Lucifuge the video in 1991. Both of them only available on vhs and then it was Archive De La Morte dvd in 2003. Il Demonio Nera is the fourth installment and its pretty much the follow up to Archive De La Morte. Here we have 5 different songs, 3 from Danzig 4 and 2 from Danzig 5 Blackacidevil, presented in several different videos, some of them directed by Danzig himself.