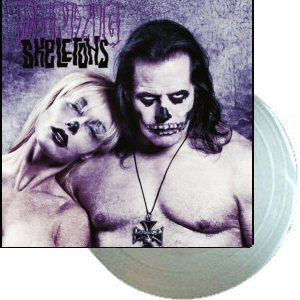 You know its Danzig the moment you hear him. Its not just that inimitable voice either. Its the thick airy guitars, bluesy swagger, and come hither evil that placed him at the forefront of a number of musical revolutions. Due to his ingenuity, horror and punk formally collided with The Misfits genesis in the seventies. Anytime you see that iconic Misfits skull, youll immediately think of his howl fuelling punk classics like 1982’s Walk Among Us or 1983’s Wolf’s Blood/Earth A.D. His vision for Samhain and albums such as Initium and November-Coming-Fire, to name a few, indelibly impacted the landscape of extreme music, fortifying the crossroads between heavy riffs and occult imagery so prevalent these days. Then, there’s his eponymous band Danzig. 1988’s self-titled debut would go platinum and yield classics including Mother, Twist of Cain, and She Rides, while overall sales across his catalog exceed 10 million worldwide to date. Moreover, you can consistently feel his presence throughout pop culture, whether its his music soundtracking moments in The Hangover film series, at the personal request of director Todd Phillips, or Artists ranging from Johnny Cash and Roy Orbison to Guns N Roses, Metallica, My Chemical Romance and many more recording his songs. That imprint expands further with his successful Verotik Comics and forthcoming feature film directorial debut. However, Danzig wants to show you where it started with his tenth full-length album and first since 2010’s Deth Red Saboath. A labour of love that dates back to 1979, he pulls back the curtain behind his influences with a collection of ten covers spanning artists as diverse as Elvis Presley, ZZ Top, and Aerosmith to Black Sabbath, The Troggs, The Everly Brothers, and more. Recording intermittently between 2012 and 2015 in Los Angeles, he quite literally reveals the bone structure for his own style. Youll know its undeniably Danzig the moment you press play.