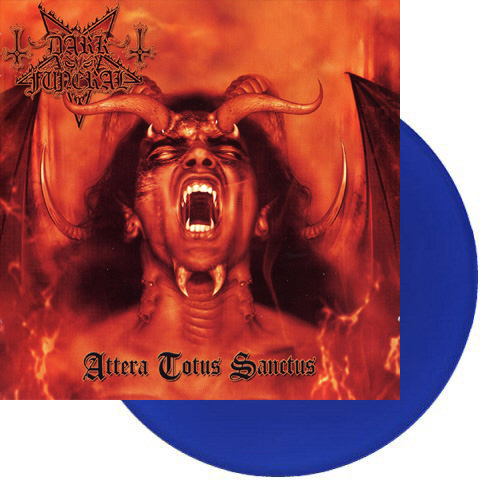 The folks who insist that all black metal is loudness for the sake of loudness are folks that have heard part of the story but not the entire story. Black metal has tts merciless skull-crushers as well as the more melodic outfits. Swedens Dark Funeral represents the harsher, more punishing side of black metal — and that commitment to savage brutality remains strong on ‘Attero Totus Sanctus’. Two words that will inevitably be used in connection with this 2005 release are ‘uncompromising’ and ‘limitations’. Both are appropriate; musically, Dark Funeral’s hammer-to-the-head approach does have its limitations — and anyone who has been following the band since the ’90s will find that ‘Attero Totus Sanctus’ is highly predictable and doesn’t break any new ground for the Nordic black metallers. But predictability isn’t necessarily a terrible thing — certainly not for the all the Dark Funeral diehards who admire the Swedes’ refusal to soften their blows. ‘Attero Totus Sanctus’ is predictably exciting, nothing new by mid-2000s standards, but focused, solid, and exhilarating in a totally bombastic way. This 42-minute album is unlikely to convert anyone who resisted Dark Funeral’s assault in the past, but the true believers will find it to be a worthwhile addition to their occult-obsessed catalogue.