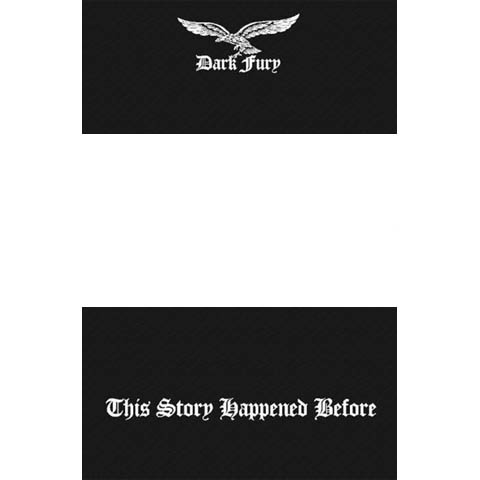 Picture on our site is censored. The original cassette that you will get isn’t.

2016 album from Polish black metal act Dark Fury. The band were established in Wroclaw back in 1997 but have never reached the fame obtained by more well-known bands such as Graveland or Behemoth and yet they performed music of a very high quality. This Story Happened Before however seems to have been written in a short time because most of the tracks resemble each other heavily, so if you dont like the opening track then you can probably stop listening there. Dark Fury plays black metal that worships Burzum ambient yet coarse sound and has a vocalist that sounds diabolical.If you like Polish black metal then you can check out Dark Fury even if this might not be their strongest album.