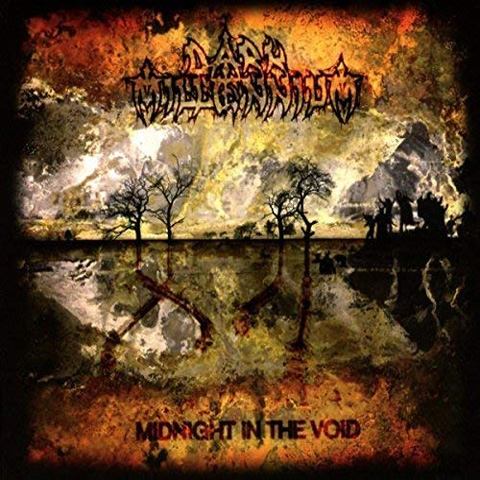 The German doom/death metal veterans are back after a lifetime of inactivity. Their very brief early appearance left two very good albums and a couple of demos, their whole output densely contained within the span of four years. A solid performance overall, no beating about the bush, the guys unleashed whatever they had to say/sing/play, and were out before too many people became aware of their existence. The doom/death metal hybrid was gaining popularity at the time, especially in Holland where a sizeable batch of acts (Asphyx, The Gathering, Bluuurgh, Orphanage, Rhadamantys, Beyond Belief) got formed within a short period of time. Unlike The Gathering, however, these German minstrels weren’t very fond of the keyboard sweeps, and their delivery had this overt technical sting at times that threatened to turn into something really stylish in the vein of their compatriots Atrocity from the same time. After 23 years in the void the band returned with their third album, Midnight In The Void, in 2016. This avant-garde progressive death metal act that once had a reputation as being some sort of ‘Voivod of progressive death/doom’ now has taken it bit further. Midnight In The Void has a mixture of so many styles – prog and jazzy elements, punk, faint hardcore, goth, groove metal tid bits moods that seeks to give it a stamp of uniqueness and it sort of works to make it feel quite an interesting album. But 23 years of ideas mixed into one album can be hard to digest so maybe its an album for their most die hard fans or the ones that really wants their metal odd strange and more progressive. So the guys haven’t lost the touch after such a gigantic period of inactivity and they havent forgotten where they have come from. Dark Millennium werent that interested to tread the same waters, regardless of how impressive they were once deemed by the fanbase, now lets see if this fanbase thinks they have expanded their palette too much.