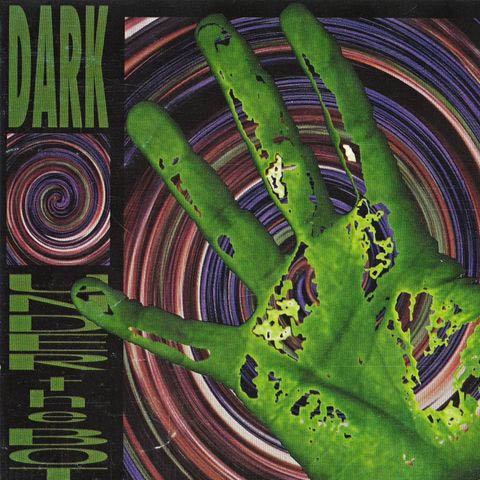 Dark –Under The Bottom cd

The Czech metal scene is full of gems, like Sax and its continuation Sax Pijak, Drakar, Akant, Exekutor; not to mention those who were lucky enough to release a full-length like Anachronic, Chirurgia, Assesor, Crionic, Asmodeus, Kryptor, Arakain, Debustrol. Dark was formed in 1990 and have managed to enjoyed a relatively long career. The bands debut demo, Zla Krev, is ranking up there with Assesor’s Invase and Chirurgia’s The Last Door as one of the finest thrash/death metal blends on the Czech field. Their debut album Sex N Death showed a band leaning more to death metal while still going on full-throttle. Then came the rough later 90s when many bands had to try new things and in Dark’s case it led to Zyezn Gamballe And Mental World, released in 1994. Its a post-thrashy canons that shows no sign of the early years except for a a very few isolated outbreaks of aggression. 1996 saw the release of Under The Bottom and that album featured music that sometimes was atmospheric doom/goth while at other times it was groovy alternating between female and male vocals. The band had come along way since its roots and a change of name to Dark Gamballe in 2000 was logically.

Track list:
1. Just Consume
2. Tunnels And Tissues Nerves
3. Under The Bottom
4. Avalanche Of Hatred
5. Conquerors Of Fate
6. Strange Pain
7. What We Don’t Wanna Hear
8. My Name Is Nobody
9. Bitter Truth
10. I And My Puppet