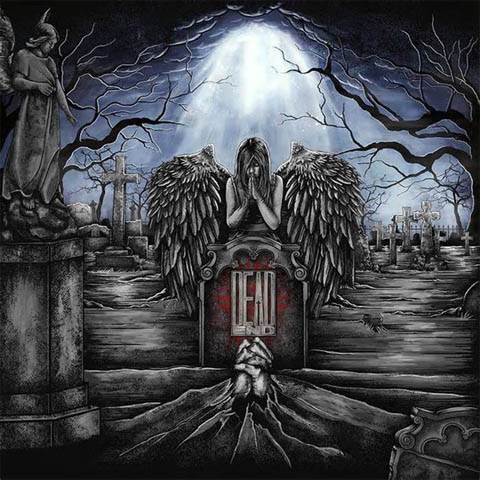 Dead End was a death / doom metal band from the North Brabant area in Holland that started out in 1988 and during the coming five years released two demos and a vinyl single. Dead End were among the first death metal bands to come from Holland together with the likes of The Gathering, Gorefest, Asphyx, Pentacle, Acrostichon and Celestial Season. While they never made it that big that some of the others they still contributed in their own way to the flourishing Dutch death metal scene of the late eighties and early nineties. Although the band started out as a real death metal outfit, their style switched gradually to death/doom and their final opus, the Wartime In Eden single in 1993, even find the band with a sixth member who adds violin and piano to the track, showing that this band had a lot broader vision of their music. After the single they broke up but reformed in 2015. A year later saw the release of their first full length album, Reborn From The Ancient Grave. Although theres only one member left from the early incarnation of the band and that is bassist Alwin Roes, he still do a phenomenal job of carrying on the sound that they brought to life 20-plus years ago. Roes build upon Dead Ends history, adding new members and sounds, and created a minor masterpiece with Reborn From The Ancient Grave. Its still death with doom metal with equal parts of early Paradise Lost as there are with Asphyx or early Entombed. I must say that Alwin Roes did a good choice when he decided to give his old baby a rebirth and come back to continue to spread his death-doom music.