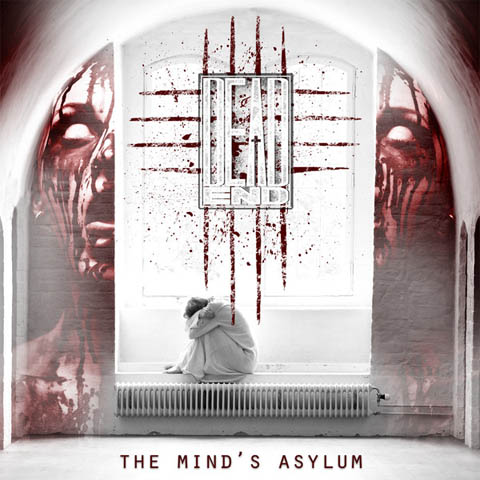 Dead End was a death / doom metal band from the North Brabant area in Holland that started out in 1988 and during the coming five years released two demos and a vinyl single. Dead End were among the first death metal bands to come from Holland together with the likes of The Gathering, Gorefest, Asphyx, Pentacle, Acrostichon and Celestial Season. While they never made it that big that some of the others they still contributed in their own way to the flourishing Dutch death metal scene of the late eighties and early nineties. Although the band started out as a real death metal outfit, their style switched gradually to death/doom and their final opus, the Wartime In Eden single in 1993, even find the band with a sixth member who adds violin and piano to the track, showing that this band had a lot broader vision of their music. After the single they broke up but reformed in 2015. The Minds Asylum is the second album since their reformation and it contains eight tracks of well executed death metal with several parts that has a pace that borders to doom. So much on this album has hints of old Paradise Lost or even Anathema’s early material such is the gloominess of the riffing up until the change in tempo. There are plenty of bands recording this style of music but Dead End have produced an album with conviction and for that they have to be commended as each track offers something different for the listener to take on board.