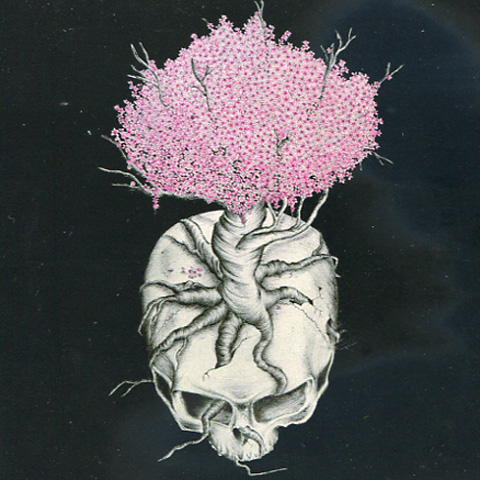 When metal was in its infancy bands had more varied input to their music. These were musicians who’d not grown up on metal music as it didn’t exist, so their take on it had many different facets and albums had acoustic songs, jazzy songs, bluesy songs, progressive songs… I want Dead Kosmonaut to be that sort of band, so that when you listen to one of our songs you don’t really know what’s coming next. Not that we’re a nostalgia band, using only old amps and stuff, nor do we copy and paste from the Seventies. The sound of Dead Kosmonaut is completely contemporary.
Mattias Reinholdsson, Dead Kosmonaut

As a follow-up to their widely-acclaimed 2017 debut album Expect Nothing Sweden’s Dead Kosmonaut have recorded a four-track EP entitled Rekviem. As bassist and composer Mattias Reinholdsson is proud to admit, the key to Dead Kosmonaut is variety. Rekviem is metal, certainly, but the EP showcases the genre in all its glorious diversity. Of the four tracks on offer, hook-laden opener Frozen In Time is the newest and went under the title UFO Song when Mattias first demoed it. Lyrics were then provided by John Shamus Gaffney of Sinister Realm, who came up with a science fiction-orientated concept. The elegiac House Of Lead (Nobody’s Home) is a reworking of the track House Of Lead from Expect Nothing, while the other two songs could have appeared on the band’s debut had things panned out differently. The instrumental Skyhooks And Sound Mirrors lost out to Grimeton when it came to deciding on what to record for Expect Nothing, and the spiralling, doom-laden title track Rekviem was, in Mattias’s words too extreme for their debut. It hardly has any lyrics and it’s more cinematic than any other Dead Kosmonaut song. The song came to be many years ago when both my grandfathers died within a couple of months. I was much younger at the time and the lyric reflects that even when people close to your heart dies life goes on. It was a bit of a bleak insight, but that’s how I felt at the time, and still do.