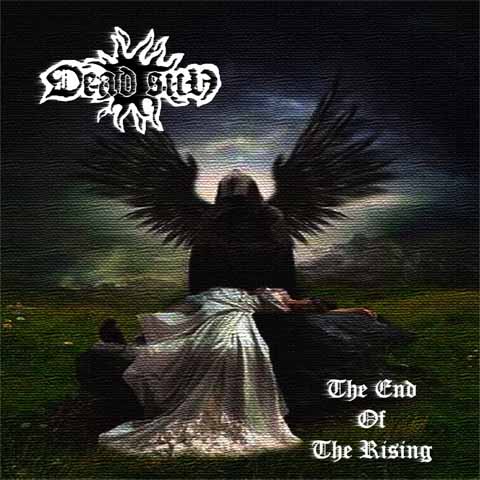 Dead Sun -The End Of The Rising cd

Official cdR album. Limited and numbered to only 26 copies

Dead Sun was a mid tempo death metal act in the vein of Edge Of Sanity, Gates Of Ishtar and Katatonia in their Brave Murder Day period, that released two demos in the late 90s. The band was working on a full length at the time but due to different circumstances the album never materialized and the band into hibernation for a couple of years until main man Rogga Johansson decided to bring it back to life in 2005. After releasing all the old recordings on albums Mr Rogga continued to write and record new material for Dead Sun at his Rotpit studio. In 2019 we saw no two new albums with Dead Sun being released, The End Of The Rising and The Grand Chamber. I checked out the labels pressrelease and it simply said Rogga Johanssons melodic death metal project. Then you put The End Of The Rising into your cd player and it hits you with speed and blastbeast at once and you immediately wonder if its Dead Sun youre listening to. Its hardly melodic and its not even mid tempo but things slows down but its still a very varied album from the slow and amazing Pain Eraser to the uptempo title track The End Of The Rising. The album is made up of four different recording sessions that Rogga released as MP3 files on his site in 2018 and 2019. Death metal fans you know what to do. Buy and support