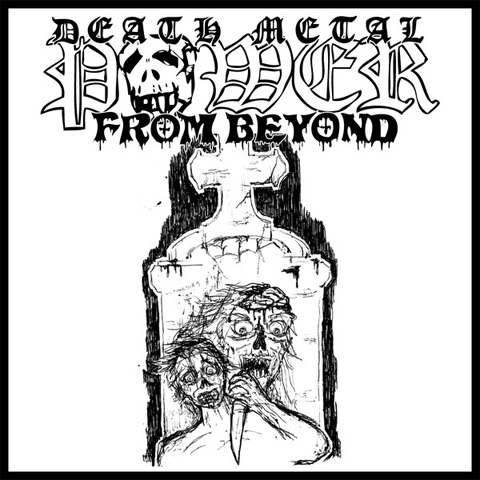 Death Metal Power From Beyond cd

Death Metal Power From Beyond is a 2021 compilation that is going to make death metal fans very happy. Featuring new tracks from Ruin, Putrisect, Anatomia, Undergang, Coffins, Mortuary and ten others, the comp is a primer on some of the best death metal the underground has to offer. There’s a lot of stylistic and regional representation on Death Metal Power From Beyond. Bands hail from the United States, Mexico, Japan, Sweden, Brazil, Spain, Germany, Denmark and Finland and there’s a variety of death metal subgenres: Undergang’s Dodskunst is tinged with doom, Reckless Manslaughter specialize in stompy grooves, Cemetarian revel in the crunch of the HM2 and Coffins go straight for the throat with their brand of high-speed death. Many years ago, compilations were extremely important and lots of fans discovered future favorite of bands ont hem. Titles like Metal Massacre, Grindcrusher, Death… Is Just The Beginning, Speed kills and so were all important to develop the metal scene. Death Metal Power From Beyond combines newer/lesser known acts, rising up-and-comers and scene veterans, resulting in vicious assembly of what true death metal is, was and was always meant to be. Major labels take note, the underground shall rise above!