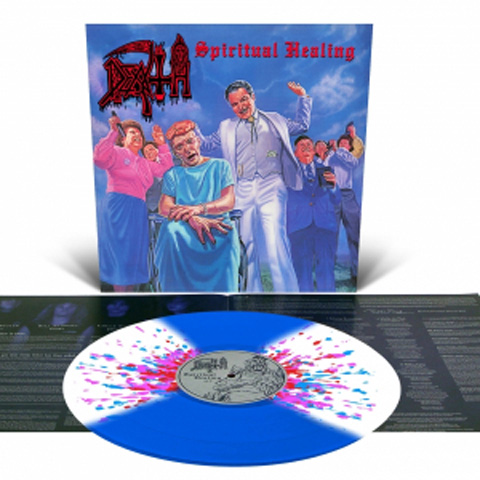 When Death entered the 1990s with Spiritual Healing, it was hard to miss the band’s tremendous impact on metal. Some credited Death with inventing death metal, but whether or not Death single-handedly created the style, there was no question that countless death metal, thrash, and grindcore bands had been influenced by their blistering sound. The adjective “blistering” certainly describes “Genetic Reconstruction,” “Living Monstrosity,” and other songs on this high-volume CD, which illustrates Death’s ferocious nature. True to form, Death’s lyrics are dark, morbid, and pessimistic. But as brutal as this album is (both musically and lyrically), it’s important to stress that it isn’t as extreme as many of the unmelodic, one-dimensional grindcore releases that were coming out in 1990. Tempos vary, and the songs aren’t without harmonic appeal. Spiritual Healing may not have been multi-platinum, but for knowledgeable headbangers in the death metal underground, there was no denying this band’s importance.