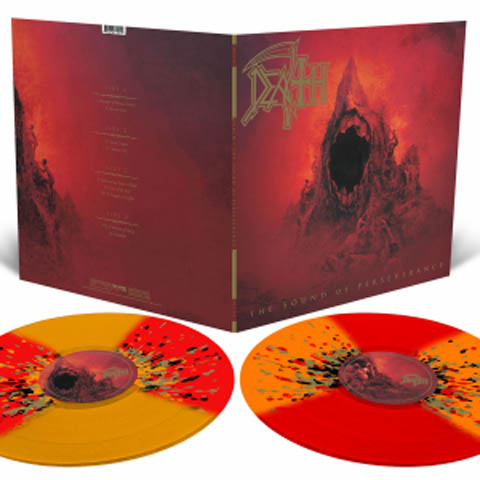 Words cannot do this album enough justice. This is a truly glorious metal release, certainly Death’s finest hour, and easily one of the top metal albums of all time. The sheer ferocity and emotion that channels through each of the intricate, progressive guitar melodies shatters every low opinion of the American metal scene. When you combine Chuck Schuldiner’s shrieking vocals (his eeriest performance ever) with the most talented, cohesive lineup yet, you get the definitive Death album. This album delicately mixes the best aspects of past albums Human, Individual Thought Patterns, and Symbolic and takes them one step further. The album is more aggressive, more progressive, and certainly more melodic. Therefore, when opener “Scavenger of Human Sorrow” kicks off, the complexity of the music suffocates the listener, allowing him no room to breathe. Even the instrumental piece, “Voice of the Soul,” requires the listener’s full attention so that he can grasp the raw emotion carefully woven within. No “true” metal listener can ignore the fact that Death have carefully crafted the perfect album for the metal world, an album which draws from the creative pool of Atheist, Dream Theater, and Cynic yet remains pure unadulterated Death. The ungodly solos and leads that swim within “Story to Tell” and “Spiritcrusher” (which contains one of the most terrifying, blood-curdling choruses ever) are among the album’s highlights. As is the eight-minute epic “Flesh and the Power It Holds,” which runs over the listener with a Meshuggah-like chug before flourishing into a fret-dancing solo from Schuldiner. The ball doesn’t really drop until the pure intensity of Judas Priest’s “Painkiller” works the listener over with its singalong chorus and over-the-top musicianship. When Schuldiner opens the song with his power metal scream, still with a raspy aftertaste, the listener is treated to arguably his greatest, most dynamic vocal performance ever. The fact that the solos in the song were entirely new Death creations is like icing on the cake. Props go out to new guitarist Shannon Hamm, new bassist Scott Clendenin, and new drummer Richard Christy for rounding out the strongest (albeit unknown) lineup Death has ever had

Track listing:
1. Scavenger Of Human Sorrow
2. Bite The Pain
3. Spirit Crusher
4. Story To Tell
5. Flesh And The Power It Holds
6. Voice Of The Soul
7. To Forgive Is To Suffer
8. A Moment Of Clarity
9. Painkiller