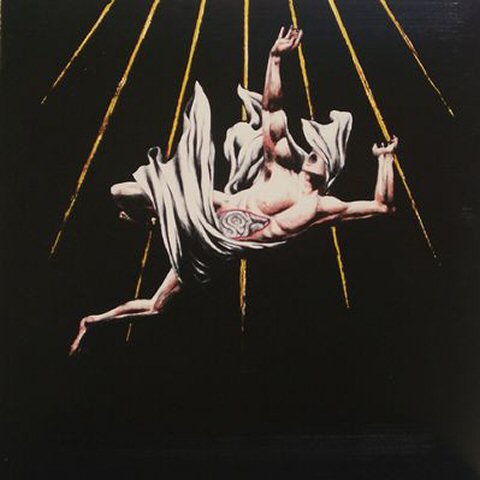 Deathspell Omega are often quoted as one of the leading actors in the stylistic and conceptual renovation of black metal. There fourth full length album ‘Fas Ite Maledicti In Ignem Aeterum’ is Latin for ‘By divine law, go, you cursed, into the eternal fire!’. This is taken from a 15th century morality play called Everyman. It can also be found in Matt. 25:41. This is Deathspell Omega’s best and most ambitious record yet. So many bands add copious amounts of reverb in order to convey the sense of being in a subterranean cavern or a bleak and desolate landscape. It’s a time-honoured technique and often very effective. The problem is that many pedals and soundboard simulators tend to sound exactly like what they are: imitations. Deathspell Omega manages to create, either by actual room acoustics, a higher recording budget, or sophisticated studio skill, an incredible sense of space on their recordings. Try playing this album on a decent stereo at full volume and you’ll see exactly what I’m talking about. Rather than feel like you’re listening to a record of a Satanic ritual, you’ll feel like you’re in the middle of an actual Black Mass… and YOU are the sacrifice!

Track listing:
1. Obombration
2. The Shrine Of Mad Laughter
3. Bread Of Bitterness
4. The Repellent Scars Of Abandon And Election
5. A Chore For The Lost
6. Obombration