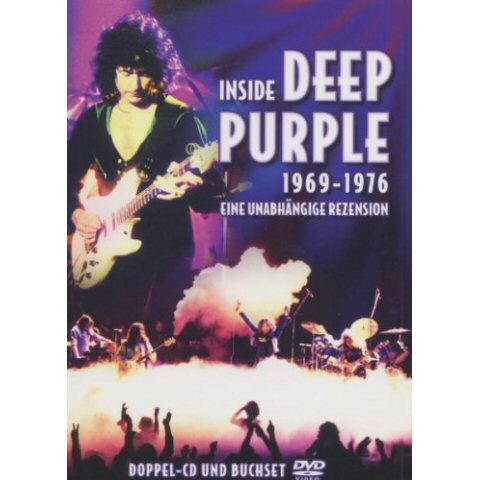 German book with two dvds. The dvds has English sound with German subtitles

This is the definitive independent critical review of Deep Purple from the halcyon days of the Mark II Gillan/ Glover/ Blackmore/ Lord/ Paice line up through to the final Mark IV line up with David Coverdale, Glen Hughes and Tommy Bolin. We cover the dramatic departure of Gillan and Blackmore, the bickering and in-fighting between the members of the band and the effects this had on Deep Purple and the music. Featuring rare archive material, much of it appearing on DVD for the first time, along with incisive commentary from a leading team of music critics and working musicians. The Book: A comprehensive track by track critical analysis of every Deep Purple studio album from 1969-1976 written in German.