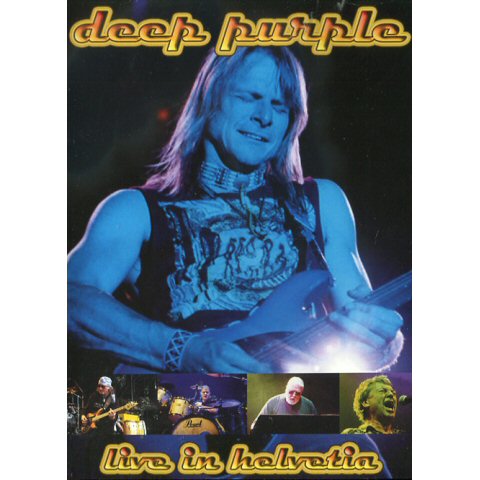 Reduced price due to dvd having a few small marks

A great Deep Purple dvd featuring material from Avo Session in Basel, Switzerland on the 14th of November 2003 and the Montreux 2000 festival filmed on the 22nd of July. First out is the 2003 material and its cool to see the band live on the Bananas tour and with the “new” guy Don Airey. All i can say that the band is brilliant and the musicians are masters of what they do. A mixed set list indeed with old stuff mixed with the new Bananas material. Out next is the Montreux festival and Deep Purple have played this historical festival several times. At the 2000 festival you could feel the harmony within the band and a refreshing naturalness. Ian Gillan proved primarily in “Watching The Sky” and “Woman From Tokyo” his high quality for his vocal cords (unfortunately not on this dvd). The surprise here is to hear “Fools” live. Sometimes you feel like you have heard “Smoke On The Water” maybe a few times to many. But to hear the track here in this historical place is a real pleasure. Ian Gillan made a lot of fun in a nice way which remunerated the fans with laughter and approval. Overall a very happy and easy atmosphere. Jon Lord shows what a magician he is with his solo that turns into “Perfect Strangers.” Steve had a lot of fun at a musical duel with Jon. Despite hand bandage he was in best form like always.