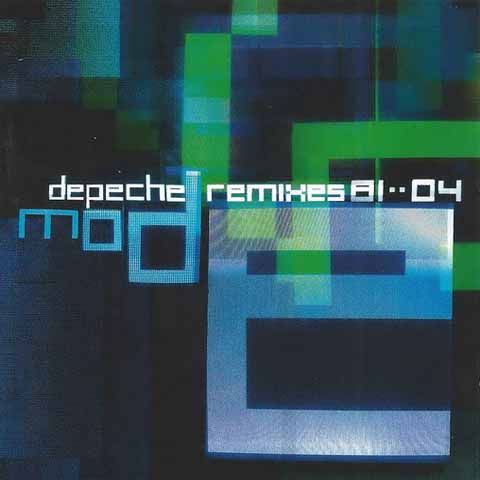 There was a time when you could walk into your average record store and find the singles section by spotting the big block of black rows. These rows signaled the whereabouts of the Ds and tended to eat up a disproportionate space of the singles section. In 2004, the Mute label condensed all of these releases into Remixes 81-04, which itself was ironically (or fittingly) presented in multiple versions. This particular version is a triple-disc set that attempts to function as a representative sampling of Depeche Mode’s innumerable remixes. It does an admirable job, making a point to highlight glorified extended versions and radical reworkings alike. François Kevorkian, for instance, uses his invaluable understanding of the inner workings of both disco and dub to extend and sensitively tweak “Personal Jesus” for the dancefloor, transforming it into something that he would likely spin while DJing. Air, however, alter “Home” to the point where it sounds like one of their own moody, downcast productions — Martin Gore plays guest instead of host. One of the most thrilling remixes shows no respect to the source material; Adrian Sherwood’s decimation of “People Are People,” from 1984, is a succession of jackhammering beats, agitated noise fragments, bizarre vocal interjections. In order to entice hardcore fans who already have the old remixes on the original single releases (or the six exhaustive box sets), a handful of new remixes were commissioned. Most of these appear in the latter half of the third disc, and at least half deserve to be in the company of the better-known reshapes. “Clean” is turned into a bristly acid gallop by Colder, and the new rhythm winds up coming close to mirroring “Personal Jesus.” Rex the Dog reaches all the way back to “Photographic,” providing layer upon layer of bursting synth. Ironically (or fittingly), Paul Morley — who, as one of the tricksters behind the ZTT label (Frankie Goes to Hollywood, Propaganda), came up with the idea that you could never have a track remixed too many times — pens the liner notes.