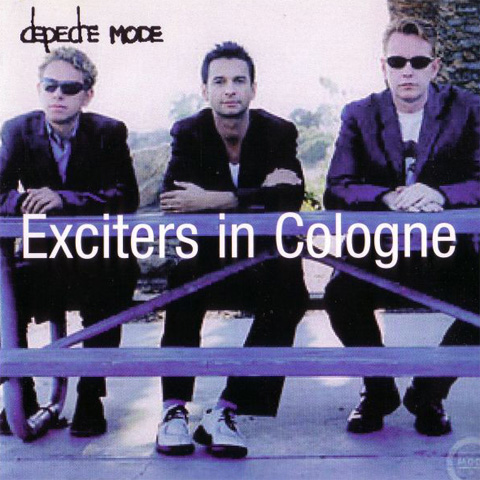 Depeche Mode’s 2001 album Exciter was a rebirth for the band and pushed the trio down an even more experimental and atmospheric path. The album debuted at number nine on the UK Albums Chart and number eight on the Billboard 200, selling 115,000 copies in its first week in the United States. It was the only Depeche Mode album to debut higher in the United States than in the United Kingdom. In March 2001, Depeche Mode held a press conference at the Valentino Hotel in Hamburg to announce the Exciter Tour. The tour featured 84 performances for over 1.5 million fans in 24 countries and was one of the band’s most successful tours. This album captures the band live at the Kölnarena in Cologne, Germany on the 27th of September 2001. The band had Fad Gadget opening for them (Fad Gadget was the pseudonym used by British musician, synthesizer pioneer, and performance artist Frank Tovey). This was the second show in Cologne and it was delayed due to Peter Gordeno’s keyboard had to be replaced nothing that later affected the show. The guys mixed up the set a bit by Martin and Peter singing Dressed In Black as the acoustic song, and Condemnation replaced Clean. They both sounded amazing, and the crowd really enjoyed it. This two-hour show encompasses the high-energy ritual that is a Depeche Mode concert. Featuring such classic tracks as Never Let Me Down Again, Personal Jesus, Black Celebration and Enjoy the Silence, as well as several tracks off of the recent Exciter album, such as Dream On, the show manages to explore the history of the band, while focusing on their present success as well. Gahan struts about the stage, oozing energy and passion for the music, while Gore demonstrates his prowess on guitar. The band clearly loves playing live and does a great deal to connect with the audience. The show is fun and spontaneous and the finale is awe-inspiring. Overall, this will be a delightful treat for Depeche Mode fans and a nice introduction to the group for the uninitiated.