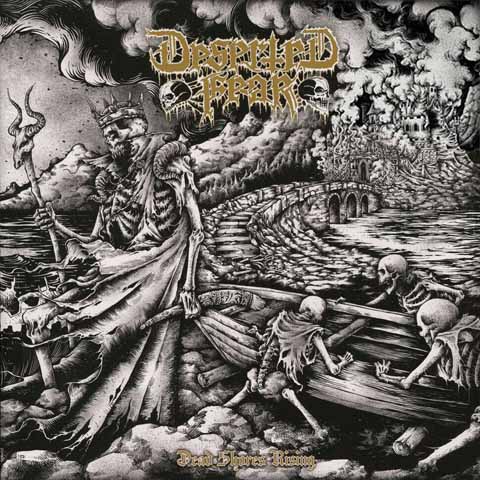 Deserted Fear are arguably Death Metal’s youngest hope. The massive success of their first album My Empire put an enormous pressure on the kids they used to be. Not only that but their follow up Dead Shores Rising climbed into the Top 50 of Germany’s album charts. The album starts off with a nice, slow, fade-in intro, which is kind of happy and hopeful and still creepy, but it’s far away from reaching the brutality of the rest of the tracks. The rest of the album has an thrash metal atmosphere but its still old school death metal just like masters such as Asphyx, Dismember, Morgoth as well as adding parts that will remind you of the melodic Scandinavian death metal scene. Vocalist Manuel Glatter growls and screams in harmoy with the music making it a almost perfect death metal opus. This death metal album wtll sure activate your nostalgia, but will still surprise you with its original mix of both new and old. Give it a blast – it’s one of 2017’s most epic albums in the genre