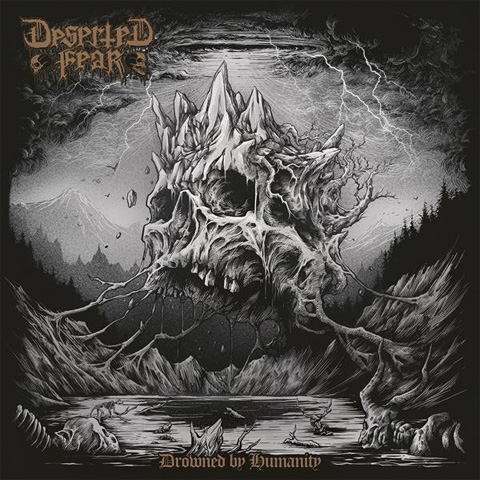 Deserted Fear are arguably Death Metal’s youngest hope. The massive success of their first album My Empire put an enormous pressure on the kids they used to be. Not only that but their follow up Dead Shores Rising climbed into the Top 50 of Germany’s album charts. With Drowned By Humanity, Deserted Fear establish a forceful contrast to their gigantic groove grenades. This newly found variety is not only bigger than ever, it is striking and captivating. This time no less than the Swedish producer Henrik Udd took them by the hand who stands out for inventing the Swedish Death Metal sound finds them on a par with bands like In Flames, At The Gates, Soilwork and Arch Enemy. Drowned By Humanity is such a bloodcurdling refreshment and will proof Deserted Fear’s exceptional status in Death Metal.